The Benefits of Exclusion 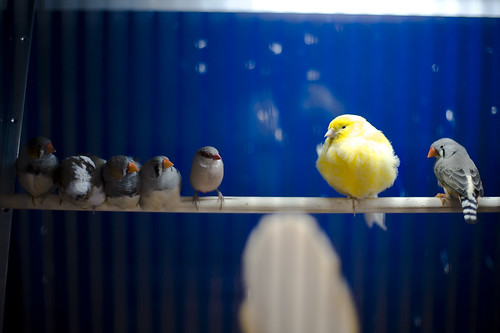 Oh make no mistake. There’s no doubt about it.

There are benefits to excluding other people from a pool, whether it’s a pool of applicants for jobs, schooling, or the risk pools for healthcare.

There are benefits to the people already in those pools that is. The people who have no access to those pools are out of luck.

So yes, it’s true. There are clear definite benefits there.

Arguments that those already in the pool might suffer a loss if others are included are potent and real and cogent.

But also, they are arguments for continued collection of the benefits of exclusion, arguments that those already in the pool have a right to benefit at another’s expense.

It was All Too Complicated for Anyone to Understand, Ctd

‘Never invest in a business you cannot understand.’ – Warren Buffet

Marketers have known this forever. The key to selling a solution is to create a problem for it to solve. Hence, the mundane everyday realities of being human: dandruff flakes, under-arm odor, imperfect teeth, are portrayed as monstrous things that could get you shunned. No one will date you, mate you, hire you. You could be voted off the island. The quality of your character is as nothing compared to these superficialities. If you suffer from anything that may impair your attractiveness, you must correct this problem now, if it takes the last cent you have! Even if you have to access credit and take out a 2nd mortgage on your home.

After all, the solutions to these suddenly enormous problems are so simple. It’s merely a matter of money.

In the buildup to the financial crisis, the simple solution for the risk-averse and fudiciarily responsible was the Triple A rating. Any bond with such a rating was certified gold. No further investigation would be necessary. Behind the rating on a mortgage-backed bond was a world of complicated calculations. The truth of the bonds would not yield to any but the most dogged, possibly emotionally disordered, financial detective with weeks or months to spend digging.

Almost no one bothered.

Billionaire investor Warren Buffet has famously advised to never invest in anything that you don’t understand.

Thousands (millions?) of investors substituted ratings for understanding, having no idea that the ratings agencies didn’t understand either.

The bonds appear to have been designed that way.

It was All Too Complicated for Anyone to Understand.

Michael Lewis is my friend.

Not really, of course, I’ve never met or talked with him, but he’s taught me a lot with his writing and for that I feel very friendly towards Michael Lewis.

I found some time this winter to spend with his book, The Big Short. He promised, right up front and on the cover to show me the inside of (cue ominous music) THE DOOMSDAY MACHINE.

I can’t believe I waited so long to take him up on that.

Wall Street had created a glorious profit-manufacturing black box, a sort of magician’s cabinet where something goes in and some other thing comes out, spewing coins. No one but the magicians and some of their assistants knew how it worked, but everyone applauded.

On the outside of every in-group is at least one out-group of misfits, and Lewis introduces a few and shows what they found when they peeked into Wall Street’s little manufacturing shop of mortgage bonds.

The investments were complicated by design, creating lots of smoke. Inside the investments, bonds mirrored each other to give an illusion of endless profits.

Entire industries had been puffed up on the belief that there were endless profits. The money flowed in. Wall Street was sucking up money.

The misfits discovered the mirrors and saw through the complicated structure and realized it would implode. They found a way to trick the tricksters into giving them lots of the money too.

That’s about as simple as I can make it.

There are actually no magicians in Lewis’ book. It’s better than that. It’s a tale of greed and betrayal and we’re all still living in the aftermath. Wall Street is still blowing smoke to cover their tracks and the same people who helped blow smoke all along are still helping them now.

Anyone who still believes that it was all too complicated to understand should read this book.

The pipes in the house were bumping and thumping and making all kinds of scary noise. It sounded like a monster was chained in the basement, trying to escape. That turned out to be a fairly apt metaphor too.

I spent hours trying to bleed the air out of my boiler heating system. The air wasn’t even supposed to be in there. I’d had a special bleeder valve added to the system awhile back so that air would automatically escape. Yet there the air was.

More alarming than the noise was the monster’s breath. Sporadically, steam hissed out of the bleeder valve in a menacing blast.

It puzzled my furnace guy. He never saw the steam but he didn’t doubt me. He thought that the air in the boiler water was a sign that the bleeder valve wasn’t working anymore but he couldn’t explain how it still allowed steam to escape.

He showed me how to bleed the system manually. It was a time consuming process involving water trickling through a hose into a bucket, watching bubbles of air escape. The procedure was complete when there were no more bubbles.

The noise you’re hearing is just air in the system, he told me. Get the air out and you’ll be fine.

He promised to check on the cost of replacing the bleeder valve. It was solid brass. The metal had become very costly lately.

I trickled out bucket after bucket, watching air bubbles rise. They were endless.

The noise continued. Once or twice a day I caught the monster breathing steam again. I’d been warned that the boiler could crack if there was too much steam. That would mean a whole new furnace. I cut the power to the boiler and kept on bleeding it.

The bubbles were endless.

The house got cold.

I turned the boiler power back on. I kept burping the monster.

The bubbles were endless.

At one point the controller box began to hum loudly, so loudly that I was afraid it was some kind of alarm. I swatted it with my hand. It stopped humming.

The next morning I found that the boiler no longer responded to the thermostat.

I told all of this to the furnace guy.

It was getting cold out and he was handling a lot of calls from his customers, working into the evening day after day. I’d always known him to work this hard. He’d been born into the business that his father had started in 1950 and he’d been running it himself for over a decade.

That night the boiler steamed and thumped with reckless fury.

Turn off the boiler, he said. It could crack. Do you have another heat source? Can you stay warm? You must need a new controller. I can’t get one until the morning.

The controller would be about as expensive to replace as the bleeder valve.

And the furnace guy’s labor and expertise were appropriately costly too.

The next day he showed up with a new pump.

I was talking with some of the guys, he said, and we decided the real problem is that the pump is failing. The heated water isn’t being distributed well through the system. The boiler water is overheating because it doesn’t get far so sits and cooks. That puts air into the system and makes steam.

He swapped out the pump. This part was about half as costly as either of the previously proposed solutions.

The house began to warm again. And it was quiet. The banging stopped. There was no more steam. The controller worked again. The monster morphed back into a quiet house helper.

I’m grateful that my furnace guy listened to my description of what was happening. The boiler neither thumped nor steamed while he was present, just meekly kicked in. Except for the bubbles in the system, everything had seemed to be working.

His listening skills had paid off.

I’m grateful that he kept thinking and didn’t just charge into the first solution that presented itself, or the second.

Both solutions would have been expensive and neither would have fixed the problem.

His years of experience with problem solving had paid off.

I’m grateful that he’d shared the problem with others in his field and considered their ideas.

His professional network had paid off.

The most valuable component of the service he’d provided wasn’t a new pump, it was himself.

Over the past year I’ve been saddened to hear many people devalue the labor and experience of other workers with no real understanding of the requirements of the fields they deride as overpaid. I pray this type of mass derision and contempt never falls on my furnace guy or the others in his field.

Because as expensive as the labor was for my boiler service, it could have been much worse. There is no basis for expecting omniscience from a problem solver, ever. Human beings are often inventive and clever but no one can truthfully call any of them perfect.

The best and closest substitute for troubleshooting perfection that we can have is a process that includes patience, knowledge, thought and respect.

Those attributes carry a necessary cost but such a process is what the best troubleshooters must rely on if problems are to be actually solved.

But the pension fund was just sitting there

Salon interviewed author Ellen E. Schultz, an investigative reporter for the Wall Street Journal, on her new book, “Retirement Heist,” which details the mechanisms that big companies have used to loot their own employee’s pensions and earned benefits. See: The Theft of the American Pension : Salon – Economics

From the looks of this interview, the book doesn’t go far enough. The theft of retirement savings is bigger than this, as the entire credit and mortgage scheme that collapsed the global economy was about siphoning pensions and global savings from their protected pools through fraudulently overrated and priced investments. Now politicians want to sell the idea that Social Security earned benefits are just another promise that must be broken. Don’t believe it!

From the mouths of babes: The curious changes of Sarah Palin

Just sum it up please

Anyone who has written a serious college paper might feel insulted by Scott Walker’s published jobs plan. Weighing in at barely more than 1000 words, he used 58 point font to expand it to 68 pages, one page longer than the detailed jobs plan published by his opponent Tom Barrett. Walker then posted this puffed up piece to his campaign web page under the triumphant title of “Scott Walker’s 68 page jobs plan!”

If Walker thought that no one really cares about anyone’s job plan, he was right. It received barely a whisper in the press and I never heard anyone discuss it prior to the election.

As for those who would never dream of trying to inflate a sketch of a report or paper so blatantly, perhaps mocking you is part of Scott Walker’s appeal. Maybe the people who don’t like to write or read serious reports don’t like you either, but they do like Walker for expressing their disdain.

And as for Tom Barrett, maybe some Cliff’s Notes for your report would have helped.

Loose Connections
Create a free website or blog at WordPress.com.